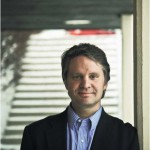 WILLIAMSTOWN, Mass., March 15, 2011 — Williams College has announced that Magnus Bernhardsson, associate professor of history, will serve as the college’s next Gaudino Scholar, becoming the 14th faculty member to hold the title. Bernhardsson succeeds William Dudley, professor of philosophy, who was selected as Gaudino Scholar in March 2010. Dudley will begin a term as the college’s provost in July.

As Gaudino Scholar for the standard three-year term, Bernhardsson will join those who since 1982 have carried on the legacy of former political science professor Robert Gaudino. Gaudino Scholars are charged with the task of embracing and shaping opportunities for experiential education and “uncomfortable learning,” providing the community with chances to take intellectual risks and confront differences. For the next two years, Bernhardsson will organize the work of the Gaudino Scholar around the theme of danger. What is danger? What ideas are dangerous? Can art be dangerous? What about science? How do we deal with and confront danger?

Bernhardsson’s research interests center on Middle Eastern history, particularly modern Iraqi history, U.S.-Iraqi relations in the 20th century, archaeology, and nationalism in the modern Middle East. He is the editor of U.S.-Middle East Historical Encounters: A Critical Survey (2007), and the author of Reclaiming a Plundered Past: Archaeology and Nation Building in Modern Iraq (2006), and Martyrs of Modernity: Religion and Politics in Iran and Iraq, published in Iceland in 2005. Bernhardsson has also edited and written for numerous other publications.

Bernhardsson has received fellowships from the Williams College Oakley Center for the Humanities and Social Sciences and the American Academic Research Institute in Iraq, among others. In 2007, he was the recipient of the Nelson Bushnell Prize for excellence in teaching from Williams College.

Bernhardsson received his B.A. in political science from the University of Iceland in Reykjavik, Iceland, a M.A. in Religion from Yale Divinity School and his Ph.D. in history from Yale University.

The Gaudino Scholar program is sponsored by the Gaudino Fund, which was begun by a group of Professor Gaudino’s students shortly after his death in 1974. As an educator, Gaudino put the student at the center of the “uncomfortable learning” experience by “requiring reflection on how personal opinions, judgments, and sensibilities derive not only from the curriculum, but from sources outside the curriculum.”

The Gaudino Fund board of trustees, chaired by Michael Pucillo ’75, includes a number of former Gaudino Scholars and other alumni. Alumni trustees are recruited on the basis of their commitment to advancing education at Williams in the Gaudino tradition.