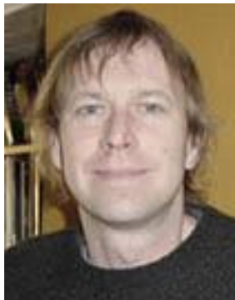 A history and political science major, James McAllister received a B.A. (magna cum laude) from the State University of New York at Buffalo in 1988, and a Ph.D. from Columbia University in 1999. At the time of his appointment as Gaudino Scholar, McAllister was an associate professor of political science and chair of the Leadership Studies Program whose primary interests include American foreign policy, the Cold War, and European politics. As Gaudino Scholar, McAllister sought to spark student political interest and activism in a non-partisan way and encouraged lively debates over controversial issues.  A highlight during his tenure was his bringing 2004 Democratic presidential candidate Howard Dean to speak both to an audience of 1500 people in Chapin Hall as well as a lucky group of 15 students.