Four decades after the death of Robert L. Gaudino, his core concepts – uncomfortable learning, experiential education and seeing “the other” – continue to resonate on the Williams College campus thanks to the efforts of the latest Gaudino Scholar, Prof. Magnus T. Bernhardsson, who has promoted inclusion of the theme of danger into courses, forums and extracurricular activities, including one class conducted at the Berkshire County Jail.

As Bernhardsson enters the last semester of his eventful three-year tenure, President Adam F. Falk announced that he will be succeeded by biology Prof. Lois Banta, who will become the college’s 15th Gaudino Scholar next fall. Banta hopes to use the post to more promote risk-taking by faculty members and students and reflection on the question “At what cost?” in making academic, career and life decisions.

Much has transpired since we last updated former Gaudino students and other supporters of the Robert L. Gaudino Memorial Fund, whose past and continuing generosity makes this all possible. I invite you to look below to learn more about these and other developments. 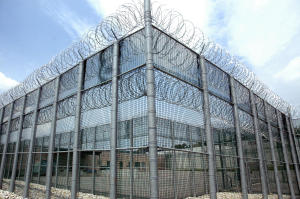 During the initial year of his term, Gaudino Scholar Magnus Berhardsson devoted considerable time to working with Associate Professor Christian Thorne of the English Department to develop a new course entitled “Happiness,” which was offered in the Spring of 2013.  The class met once per week in the Berkshire County Jail, was open to all students, and consisted of nine Williams students, selected from 105 applicants, and nine inmates of the Jail.  Professor Thorne and two students from the class, Alexis and Anh, appeared at the Gaudino Board’s April meeting to discuss their experiences.  Professor Thorne noted that one of the reasons for holding the classes inside the county jail was to expose both students and inmates to views on the various aspects of “happiness” that they otherwise would not hear. Yet the students observed that the classes also revealed similarities between them and the inmates that had not occurred to either group, such as the desire of both to “get out” and “get on with life.”  The course again will be offered by Professor Thorne in the Spring 2014 term.

For the past two years, the Gaudino Fund has partnered with the Human Library Committee, comprised of Williams staff, students and faculty members, to convert the Paresky Center into a “Human Library.”  During this event, students and other attendees can “check out” human “books” of various titles representing particular aspects of the participants’ identities.  As individuals or in groups, “readers” are allowed up to thirty minutes of conversation with their human book.  The library and the dialogues it facilitates provide a means of contemplating difference with a goal of challenge preconceptions and prejudices.  The most recent Human Library event last March offered more than 40 “books,” with such titles as Man Who Has Never Watched TV, Refugee, 9/11 Survivor, Gay Varsity Athlete/EMT, Williams Admissions Dean and Recovering Anorexic.  In both years, this event was well-received by those who participated, especially students, and its return is much anticipated this spring. The Record covered the event in 2012 and 2013.

During her time as a Gaudino Student Trustee, Anh Nguyen coordinated several “Gaudino Dinners,” providing students with the opportunity to engage in conversation with fellow students, staff/faculty members, community members, and visitors willing to discuss some unique or defining aspects of their identity.  Some dinners included speakers on one theme, while others – including the final dinner in May, which had 18 speakers — offered a range of perspectives similar to those featured at the Human Library.  The format of each event varied slightly, but generally participants rotated during the dinner to three or four speakers at different tables.  To select speakers of interest to them, guests could consult their “dinner menu,” which served as a map to the dining space and labeled each table with the identity its speaker. Those at the final May dinner included Pro-Life Advocate, Air Force Vet, Cervical Cancer Survivor, Uncomfortably Privileged Immigrant, International Fashion Model and Child of an Alcoholic Father.  The Gaudino Dinners seek to give both the dinner guests and featured speakers the opportunity to engage and challenge their prejudices in a space conducive to sharing experiences and perspectives.

The Gaudino Dinner initiative now is being carried on by several students who worked with Anh. In addition,   Gaudino Scholar Magnus Bernhardsson and the current Student Trustees organized a Gaudino Dinner this past October to welcome visiting Ugandan gender/sex activists to campus, giving more than 20 students a chance to engage the visiting trio in an intimate setting.

In the early 1970s, Professor Robert L. Gaudino, the namesake of the fund, sent groups of Williams students first to India, then around America, to live with black families in South Georgia, for instance,  and autoworkers in Detroit. At the center of Gaudino’s educational approach was engagement, and debate. “Silence is suspect,” he said.

During Winter Study last year, the Gaudino Fund honored this tradition with a debate on the motion: “Be it resolved that Williams students own the Williams brand.” NPR’s Barbara Bradley Hagerty ‘81 moderated a panel including Political Science Prof. Darel Paul and Andy Quinn ’13 (Pro) and Political Science Prof. James McAllister and Jack Noelke ’13 (Con), addressing questions such as, “Who decides that William students must fulfill an ‘Exploring Diversity Initiative’ requirement?” and “Who decides that Jiz Lee can come to campus?” A full video of the debate is available on Williams’s YouTube channel.

Scholar Bernhardsson has planned a vareity of Gaudino Forums over his term to provide focused discussion on topics centering around his theme of Danger. The Record covered one of these forums.

Thaler, himself a veteran of Robert Gaudino’s pioneering Williams-at-Home program four decades ago, provided this sundown of his latest class of students:

All of the students wrote reflective essays before the program on how forces such as race, ethnicity, national identity and socioeconomic class had impacted their lives up to that point; kept a journal during the program; met regularly with Thaler and his fellow instructor Heather Foran’04, to discuss and reflect on their experiences; participated in several community events, as well as a host family potluck; and submitted a closing essay reflecting on how the program had changed their views since they wrote their opening essay. The students also met with the Gaudino Board last April to summarize their experiences and answer questions, and discussed the event in an event covered by the Williams Record. The program will be given again in January 2014, with 7 students.

Before President Adam Falk announced that Lois Banta — Associate Professor of Biology, Chair of Public Health — will become the next Gaudino Scholar, starting in the fall of 2014, Prof. Banta prepared a memo outlining her thoughts about the role of the scholar, and what she might do in the post. Click here for some excerpts.

After years of supporting mostly individual Winter Study projects, the Gaudino Fund is launched a new, re-envisioned Gaudino Fellowship program beginning with the upcoming Winter Study. For 2014, the Fund invited groups of three or four students to team up and work collaboratively in an “uncomfortable” foreign or domestic location. The criteria called for such fellowship teams to find separate home-stays for each fellow, either joint or separate work/engagement internships, and a structure that provided for collaborative action and learning. Proposed projects could address issues of socioeconomic class, race, public health, environmental degradation, religion, sexuality, violence or migration.

The result was an ambitious group Winter Study under which four students will live with – and study – various immigrant groups within China, all under the supervision (via Skype) of the  Gaudino Scholar, Prof. Magnus T. Bernhardsson. We will keep you posted on this group project on the Gaudino Fund website, then in the next newsletter. But here were the demanding criteria established for students seeking funding:

The projects from this past winter included:

At its fall 2013 meeting, the Gandino Fund’s board unanimously updated the fund’s bylaws, with these primary changes:

Preamble:  Revisions in this section provide a bit more historical context for the Fund, and more significantly, a direct reference to a July, 2013, Memorandum of Understanding clarifying the relationship between Williams College and the Gaudino Fund.

Article I – Board of Trustees:  Duties of the Board, in addition to the Powers, were added.  The role of the Scholar was clarified, and the ex-officio role of former Scholars was deleted.  The responsibility of new members for self-orientation to their role as Trustees was added.

Article IV – Accounts:  Greater frequency and detail were called for in the revisions, with the related duties of the Scholar and the Chair stated more closely.

Other revisions were made to update and clarify the By-Laws.  Board member Jon Kravetz ’74 used the resources of his law firm to verify compliance with Massachusetts law governing not-for-profit organizations.

The new bylaws can be found on the Gaudino Fund’s website, as can the Board’ recently signed MOU with the college regarding the Fund’s role at Williams.

Gaudino Fund initiatives and personnel regularly draw coverage in campus (and other) media. Here is a selective archive of recent coverage.

“I have been fortunate to serve six years with some of the brightest, most articulate and hard working Williams alumni, from all walks of life – most of whom I might never have met had I not been a Gaudino trustee. Serving on the Gaudino Fund is a unique opportunity to be involved with the Williams community on a practical level.  We hear about initiatives at the formative stage, and see how Gaudino-funded programs influence the quality of life at Williams in important ways.  We hear student proposals, and six months later hear from the students themselves how their experiences with uncomfortable learning have changed their lives. The Gaudino scholar and the student trustees all bring perspectives on the Williams education, curriculum, social policy that alumni just aren’t able to get by going to reunions and reading newsletters.”